Blog Series: Human rights during the COVID-19 pandemic - Voice of a lawyer 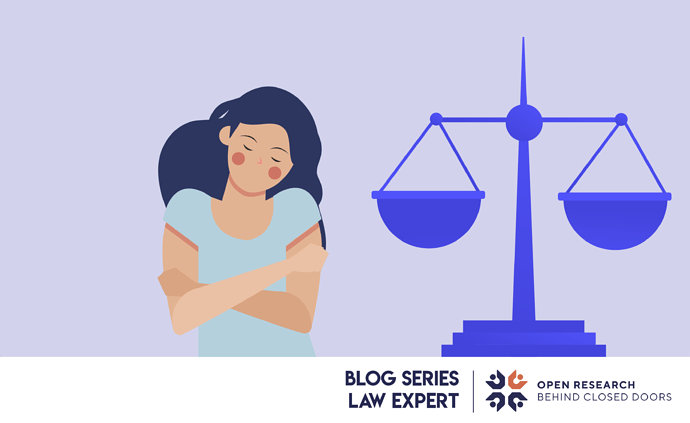 During the current pandemic across Europe, Fair Trials reports that access to procedural rights of all suspects and accused, such as the right of access to a lawyer, to information, and to interpretation services, have all been severely affected. Already without the pandemic, from the beginning of criminal proceedings, persons with psychosocial and intellectual disabilities often face a greater risk of violations of their procedural rights due to a range of challenges – also because their disabilities frequently remain unidentified, especially in the early investigative phase.

Moreover, procedural rights do not end with the judgement. Persons deprived of liberty also have the right of access to a lawyer. More about the importance and relevance of legal representation at this stage can be found here (only available in German). Read in our blog post how the [right of access to a lawyer was ensured in closed institutions during the current Covid-19 pandemic from the perspective of a German lawyer.

Dr. Burkhardt has shared his views and experience about the Covid-19 situation. The blog post intends to portrait the current challenges with preventive measures and their implications for people who have psychological or intellectual disabilities in the German criminal justice system. 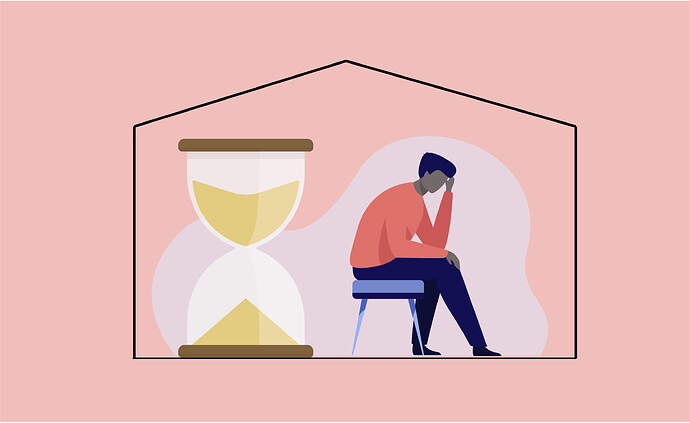 Voices of a lawyer

During the 1st wave of Covid-19 (approx. March – June 2020), the situation of people in forensic institutions (psychiatry and withdrawal clinics) and Preventive Detention (Sicherungsverwahrung) are to be described best by detainees being “put on hold” in respect of their incarceration.

One important preliminary remark: In Germany, the law under which somebody is sentenced to therapy in a forensic clinic or to Preventive Detention, and to when detention ends, is governed by federal law. However, the systems of how incarceration is administered in those institutions are governed by laws of the federal states – one for forensic institutions and one for Preventive Detention, i.e. 16 times two laws. These laws are similar between states, but in practice, there are many differences even between institutions within the same state.

The incarceration in a psychiatric institution and in preventive detention has no fixed time limits, but its prolongation has to be reviewed by a court consisting of three judges at least once a year and after ten years of Preventive Detention every nine months. The single judge review of those held in a withdrawal clinic has to take place every six months, the maximum time to be spent there is two years plus two-thirds of a possible collateral prison sentence. The decisive point on being released or not is the seen “dangerousness” (probability of committing an offense and severity of the possible crime) in proportion to the time already served. Special criminal law chambers (Strafvollstreckungskammern) established at the regional court (Landgericht) having jurisdiction over the respective detention facility (Vollzugsgericht) are in charge of these judicial reviews. The chambers are assisted by forensic experts not working in the detention facility, at least every three years in psychiatric cases, and more often in cases of Preventive Detention.

Relaxations and their different levels

A suspension of the detention is not a single point decision, but, in practice, a multi-level development. The detained person has to get relaxations of detention (e.g. prison leave), which usually starts with leaving the closed institution for a short period of time (hours, or even parts of an hour) with a staff member of the institution, up to long term leave consisting of living in a flat on their own or with a group of persons outside (flatshare or assisted living institutions).

These different levels of relaxations often have a duration of years and do not only depend on the envisaged duration of detention but often also on the severity of the feared crimes when released too early. Consequently, a detainee can pass through these different levels of relaxations faster within forensic withdrawal clinics since there is a limited time of incarceration. 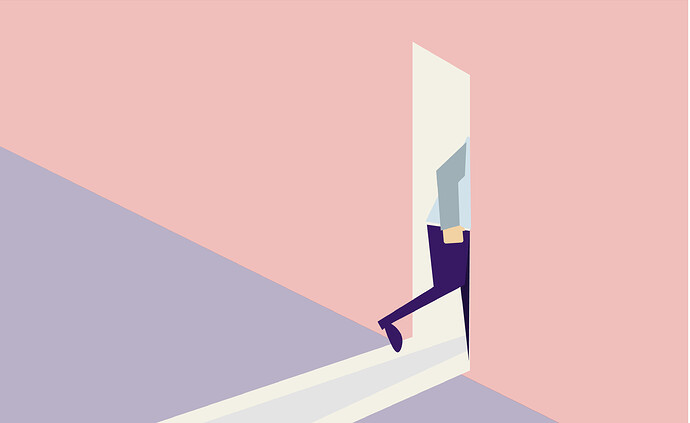 The numbers between persons in forensic clinics and Preventive Detention are not comparable. There are less than 600 persons detained in Preventive Detention at the moment, whereas those held in forensic psychiatric clinics are about 6,500 and in forensic withdrawal clinics about 3,500. However, one has to keep in mind, that the numbers on forensic institutions cover only the old German states (including all of Berlin) and were not officially updated since 2013. Thus, the numbers of detainees in forensic institutions could be significantly higher (at least about 20 percent higher relating to the overall population, i.e. 7,700 and 4200 respectively, without taking increasing numbers into account).

Judicial Reviews and relaxations during times of Covid-19

During Covid-19, the hearings connected to the judicial reviews were partly delayed. Depending on the court and time, some took place at the court or the clinic, some were carried out by video conference. In the latter case, it was for the lawyer and the client to decide whether the lawyer would take part via a video link from his office or together with the concerned person in the clinic.

In general, the hearings took place more or less in time – especially those hearings where there has been a crucial point relating to parole. As mentioned above, the suspension of the detention requires prior relaxations. During the 1st wave of Covid-19, such relaxations rarely took place. Relaxations of those being held in the closed part of an institution mostly ceased. The Preventive Detention units as well as the psychiatric institutions had a lockdown, i.e. no detainees were allowed to leave the institutions. In consequence, the detainees neither had the relaxations that were already approved nor were they able to progress from one level of relaxation to another. Thus, the time until release did not become less but stayed the same. Those who had already gained a level of prison leave of living outside the closed institution (long term prison leave) could, in most places, move closer towards release.

However, it is worth mentioning that at some places the reviewing court held the opinion, that the detainee still had to be released since it was not the detainee’s fault that not all levels of relaxations were implemented. The latter was observed as an exception, with a detainee already living outside but with restricted allowances to move within the city where the facility is located. Others, who had already lived outside with overall relaxations were released in time, or with minor delays due to the limited activity of the courts during Covid-19.

In cases where a decision regarding the prolongation of detention in forensic psychiatric institutions and Preventive Detention is to be made, a defense lawyer will usually be assigned. In decisions on the prolongation of the detention in withdrawal clinics or decisions on the execution of the detention, with regional exceptions, usually, no lawyer is assigned. In my personal experience in several states, the actual possibility to visit detainees existed at all times. Only the measures a lawyer had to undergo to visit clients varied in institutions and in time, including personal information sheets, wearing a face mask, disinfecting one’s hands, securing separating Plexiglas on tables, measuring the body temperature, etc. In addition, in Preventive Detention the time slots for visits were reduced and in forensic clinics, one had to call one or two days in advance, which was not required in all places before. As a lawyer, one had to think twice whether to visit a client or not.

After the first Wave of Covid-19

After the first wave of Covid-19, the gradual implementation of relaxations continued. However, in most cases, the time lost has not been compensated. At first sight, this is understandable since the most important instrument for release is the evaluation of risk by growing levels of relaxations. On a second glance though, the detention authorities should take every possible approach to compensate for the lost time due to the prior halt. At the moment, during the 2nd wave of Covid-19, a comparable hold-up cannot be observed. But growing numbers of infected persons outside or even inside the system could in practice bring back the above-mentioned standstill (and in December such change took place in some places).

In conclusion, the importance of relaxations cannot be overestimated. Especially with the obstacles of judicial review on negative decisions, in my opinion, timely access to (one of the few) lawyers is always necessary before and at court proceedings. The suspension of the deprivation of liberty, even though a project of many years, should also be accompanied closely by a lawyer to help to set the course towards release, especially in times of Covid-19.

Author: Sven-U. Burkhardt, Lawyer and temporary professor for Law of Social Work at the University of Applied Sciences in Dortmund

Disclaimer: This blog post and its content were written by a law expert. The content expresses the author’s individual experience and perspective. The opinions stated in this article are the author’s own and do not reflect the project Open Research Behind Closed Doors views and overall findings or conclusions.